At The Manta Resort are available four types of rooms: Garden Rooms, Seafront Villas, Superior Garden Rooms and an underwater room. This underwater room is a private floating island with your bedroom four meters below the surface. It is yours to enjoy while sunbathing and stargazing on the top deck, lounging and dining on the water deck and sleeping surrounded by a tropical marine environment. Spotlighting the water around you at night from your underwater room, we are sure will be absolutely breathtaking.

The Manta Resort is situated in Pemba Island. Pemba Island has been separated from the mainland of Tanzania and Zanzibar for decades and here you’ll find a mosaic of forests, swamps, mangroves, hidden beaches and lagoons.

Rates starting with $495/night for Garden Rooms to $1500/night for underwater room.

The floating structure, Swedish engineered, provides three levels, those above the water clad in local hardwood, and each an experience in itself. The landing deck, at sea level, has a lounge area and bathroom facility. A ladder leads up to the roof which has a lounging area – for sun worshipping by day and by night you can lie back in the starlight and wonder at the extraordinary clarity of the stars, planets and above all, the edge of our own galaxy – the wonderful Milky Way – all seen without any light pollution. Sleep under the stars to the soft murmuring of the sea.

Then downstairs – the magical feeling of lying on a soft double bed surrounded by panes of glass affording almost 360 degrees viewing – watching the shoals of reef fish and exquisite, often rarely seen individuals visiting your windows. Some have taken up residence around the room, which affords them some protection from predation. For instance, three bat fish and a trumpet fish called Nick who is always swimming around and seemingly looking in !

By night, the underwater spotlights beneath each window around the room attract the shyer and more unusual, for instance squid. Coral is already establishing itself on the anchoring lines and around the underwater structure. Octopus and even spanish dancers have been seen attaching themselves to the glass panes. The reef inhabitants can simply not resist attraction, which makes for exciting watching and a truly unique experience! 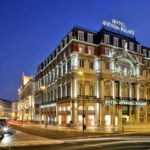 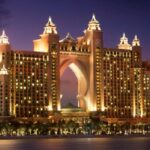