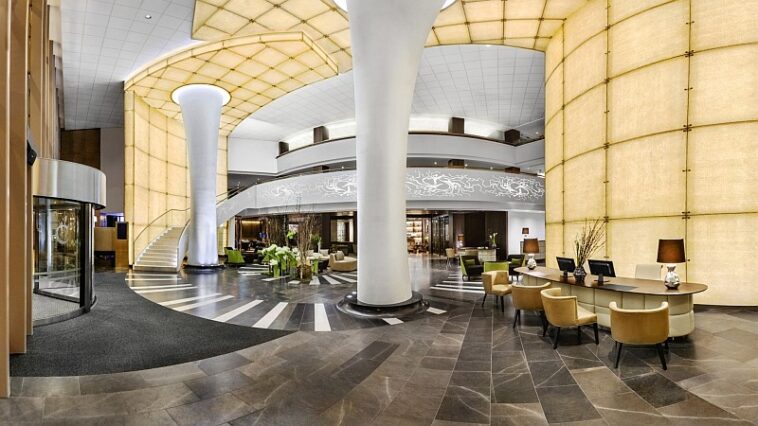 The lobby has become a harmonious space that flows from the main porte cochère to reception and offers views through The Living Room and the ÉS Bisztró to Fashion Street.

The impressive lobby has been dramatically transformed into a glowing expanse that amplifies its scale and brings together the existing shapes and levels. A modern interpretation of the conventional grand staircase is now one of the first elements that greets guests upon arrival – a magnificent staircase which curves around the edge of the lobby. Constructed in an elegant brown stone against a glazed-over Crystalux wall, its decorative and perforated metal balustrade, which is reminiscent of the Art Nouveau styling.

You can find more details about it in our Kempinski Hotel Corvinus Budapest review! 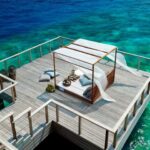 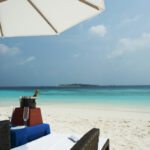