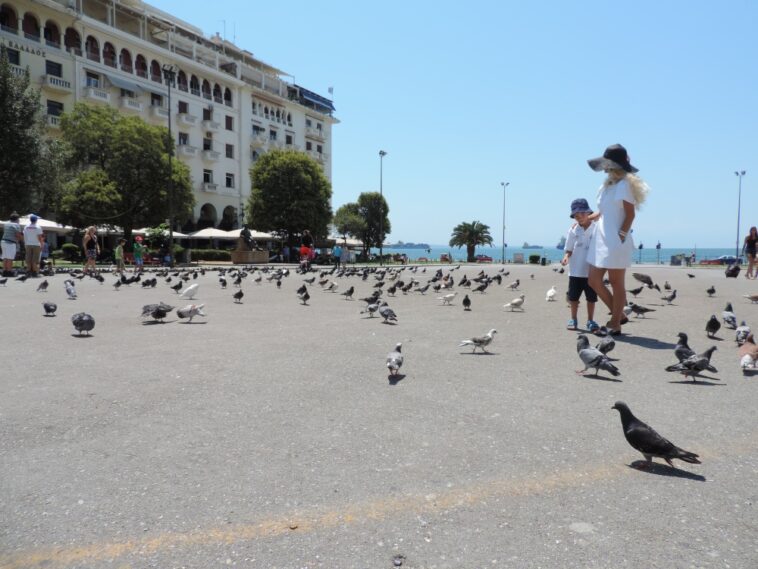 Thessaloniki, known as Greece’s hippest city owing to its amazing musicians, cultural fests, artists, and gifted poets, is located 520 kilometers north of the capital Athens. It is the second biggest city in the country and is a commercial hub. Thessaloniki is also known for its stretches of pristine white beaches as it fringes the back of Thermaikos Gulf. This hip Greek city has some of the finest hotels and gastronomic restaurants to boot. With its annual Thessaloniki Film Festival, International Trade Fairs and festivities, there are so many reasons why you should make Thessaloniki your next destination. 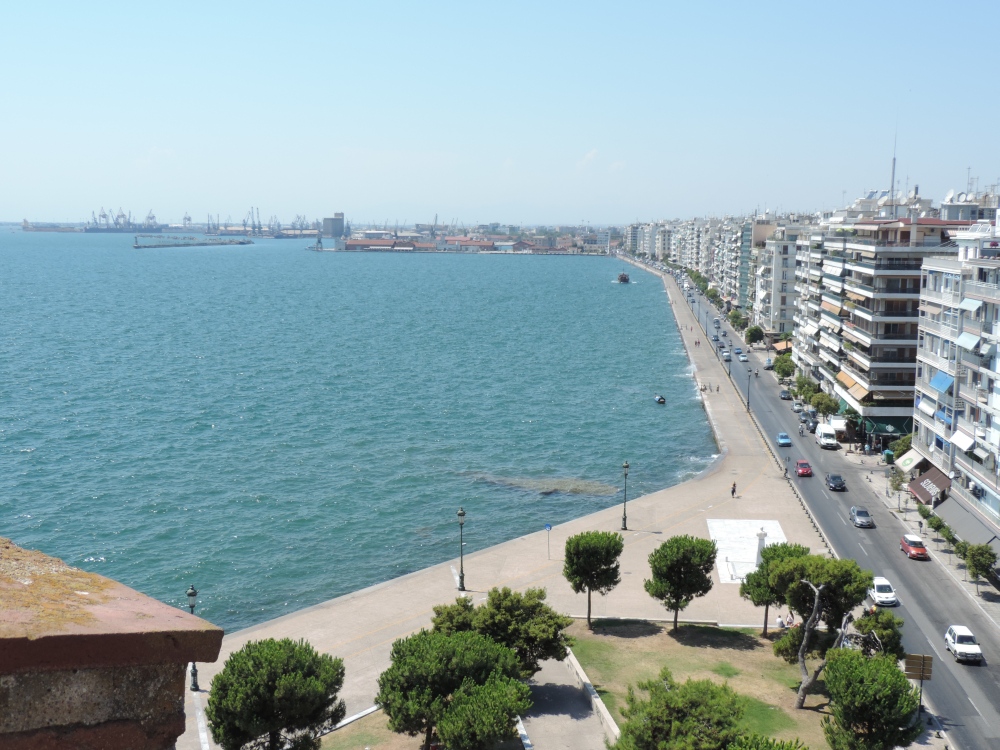 With so much to offer, there’s a plethora of things to see and do. Deciding what to tackle first can be a bit confusing though so we made it easy for you. Here are the top 5 things you should do should you find yourself in this vibrant city. This is just a sneak preview, though. Don’t be afraid to venture farther. Try and visit the contiguous Halkidiki that has a distinctive charm all on its own.

Visit the White Tower
A ubiquitous landmark in the city of Thessaloniki, it’s hard to miss the 34-meter high White Tower. But its imposing presence belies its dark history. In 1826 Ottoman sultan Mahmud II slaughtered the rebels called ‘janissaries’ in the White Tower. Around 6,000 janissaries were imprisoned and tortured in the chambers of the Tower. The janissaries were an elite corps of slaves – young Christian boys who were kidnapped and forced to convert to Islam in the 14th century. By 1620, the elite troops grew and became too strong that it became a threat to the very same institution it was created to protect. Not until 1826 was its stronghold completely expunged and the Ottoman reign has had a free rein once more.
During the Greek takeover in 1913, the White Tower went through a fresh makeover to obliterate its gruesome past. Now the Tower serves as the main tourist attraction and provides a glimpse into the Ottoman reign in Greece. Free audio guides are available for tours of the White Tower. At the top, visitors are rewarded with a sweeping view of the bay. 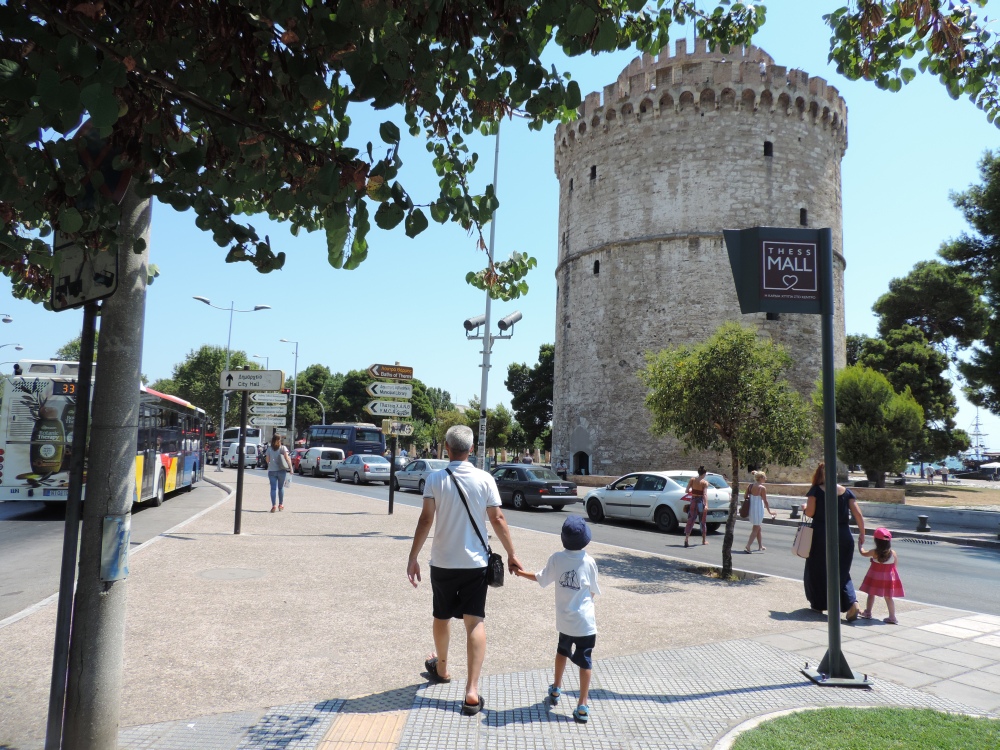 Explore the open markets
They say the best way to know a country’s culture is to explore the local market. With local goods spilling onto the pavement, the smell of freshly baked goods and pungent spices wafting through the paved alleys, a walk through the open markets in Thessaloniki is an exciting cultural journey in itself. Be sure to visit the open markets at Modiano, Kapani, Chalkeon and the Ladadika. Each has a distinct cultural charm, lined with shops showcasing local products, textiles, fruits and flowers just to mention a few. As you walk along you get to catch a glimpse of the locals too as you see merchants sell their produce and/or make a trade. It sure is an exciting walk along the narrow alleys.

Eat local cuisine
As the saying goes, when in Rome do what the Romans do. So when you’re in Thessaloniki and/or Greece, be sure to grab a bite of the local cuisine. Topping the list will be a koulouri, pretzel-like sesame dough rings sold on various stalls lining the streets of Thessaloniki. Koulori is believed to have been concocted in Thessaloniki so it’s definitely something unique to the city. Walking around the city would surely allow you to stumble upon restaurants serving mouth-watering flavors, from Mediterranean, Balkan and Middle Eastern countries. These restaurants in Thessaloniki are sure to whet your appetite. A bonus if you get to be invited to a local’s home. 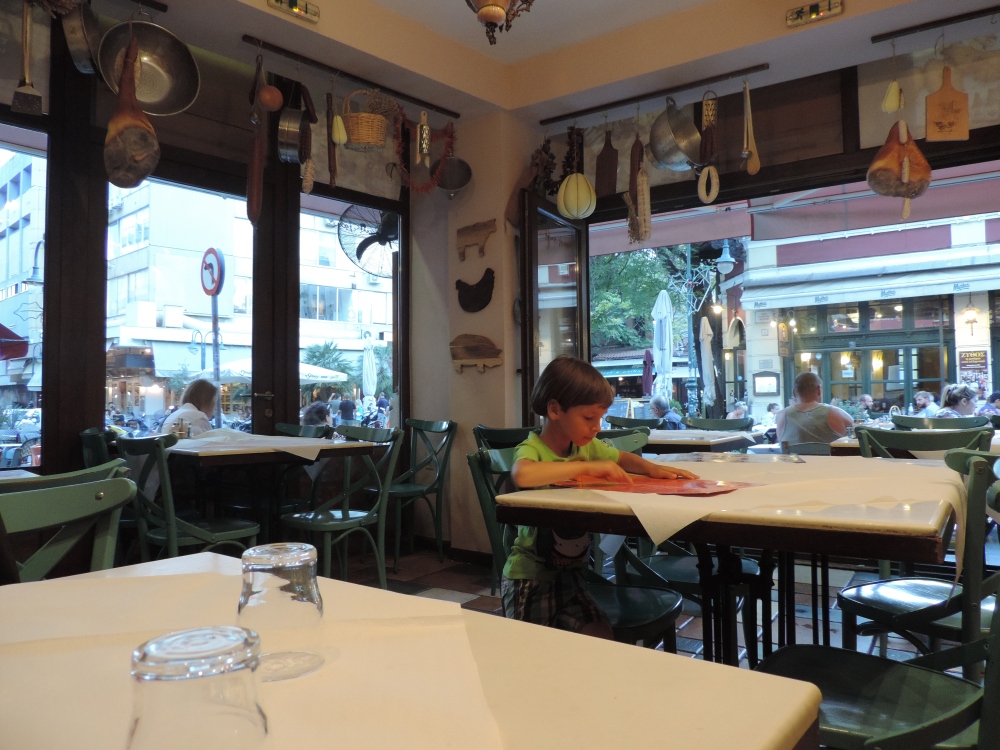 Visit the Church of Agia Sofia
As you must have guessed the Church of Agia Sofia in Thessaloniki is a doppelganger of Istanbul’s Hagia Sofia. Dating back to the 8th century, this church has a dome featuring a breathtaking mosaic of the Ascension of Christ. The edifice itself sports a 3rd-century cross-basilica style reminiscent of the middle-Byzantine architecture. Between 1535 and 1912, Agia Sofia was used as a mosque but was later converted into a church. Don’t forget to visit the narthex and south aisle where you can find crypts of luminaries from the 10th century. 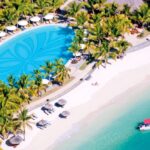 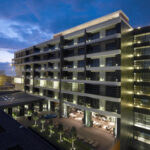