The most expensive hotel standard double room in the world

A survey made by Luxury-Hotels.com show that the “Le Dune” hotel, located on the Mediterranean Island of Sardinia, is the most expensive hotel in the world with an average rate of $2539 per night for a standard double room.

But don’t take this like an absolute fact. The survey count the average rate for a standard double room and only for hotels offering a minimum of 20 rooms. So exclusive hotels was excluded also the extravagant hotel rooms…

Luxurious “Le Dune” hotel is situated in Santa Margherita di Pula, a seaside resort along Sardinia’s southern coast. The “Le Dune” was significantly more expensive than the runners up, the Royal Mansour in Marrakech, Morocco and the Hotel Pitrizza in Sardinia’s Porto Cervo. There, average rooms are going for $2060 and $2041 per night, respectively, this summer.

Following are the 10 most expensive hotels in the world for the period spanning June through August 2012. The rates listed are based on the average price for a standard double room. 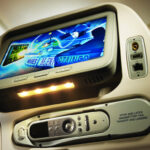 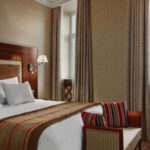