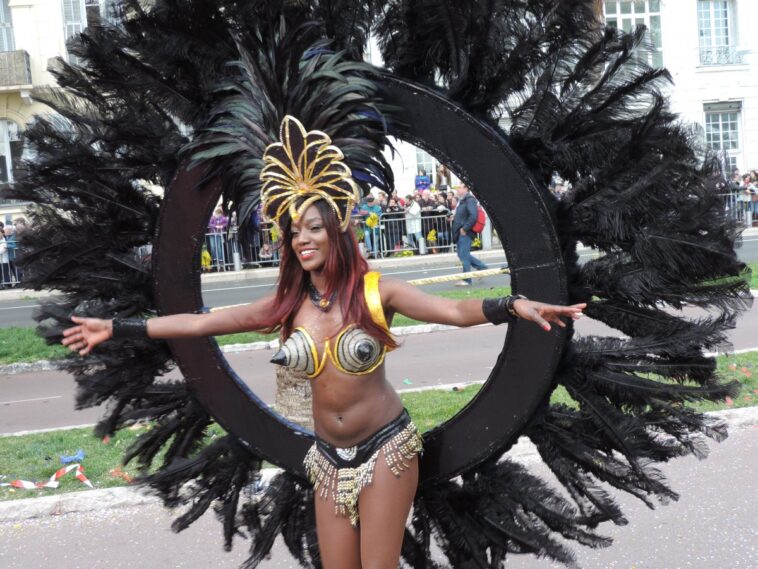 If there’s one day and one place in the world where you could do anything and be anybody you like, it’s at the Carnival in Nice. People can be whatever they like, do whatever they like to anyone on this particular day and get away with it. It’s like the ‘get even’ day. If there’s someone who played a prank on you, Carnival in Nice is the ‘perfect’ season to get ‘even’ with that person and play a prank on him/her. Playing pranks during the Carnival in Nice is considered ‘safe’ and acceptable as you are hidden and protected by the mask you are wearing. You can also wear any costume you like as there is no stringent dress code. Whether you want to be a clown, a batman, wonder woman, the choice is all yours. But the more colorful and vibrant your costume is, the better. 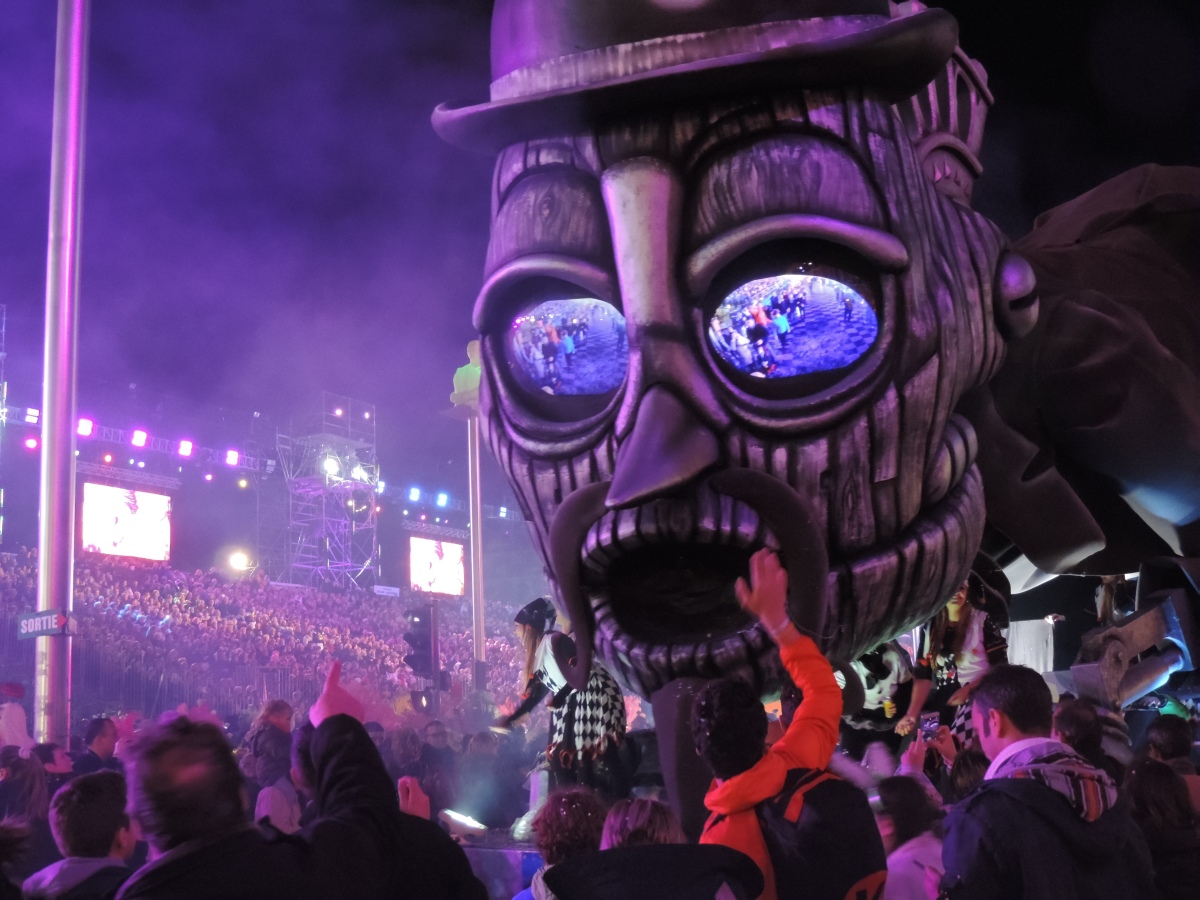 It wasn’t always like this in the Carnival in Nice though. Dating back to 1294, the first recorded Carnival in Nice was held when the Count of Provence Charles d’Anjou celebrated “the joyous days of Carnival” in Nice. This carried on until the 18th Century. Masked balls mixed with farandoles, an open-chain public dance, often took place in Old Nice. But the revelry was moderated and monitored by “Abbés des Fous” (Fools’ abbots), as mandated by the clergy. The Abbés des Fous were expected to impose some control on any excessive merrymaking. Influenced by the Carnival of Venice, a Carnival in Salons and “Veglioni” also ensued. 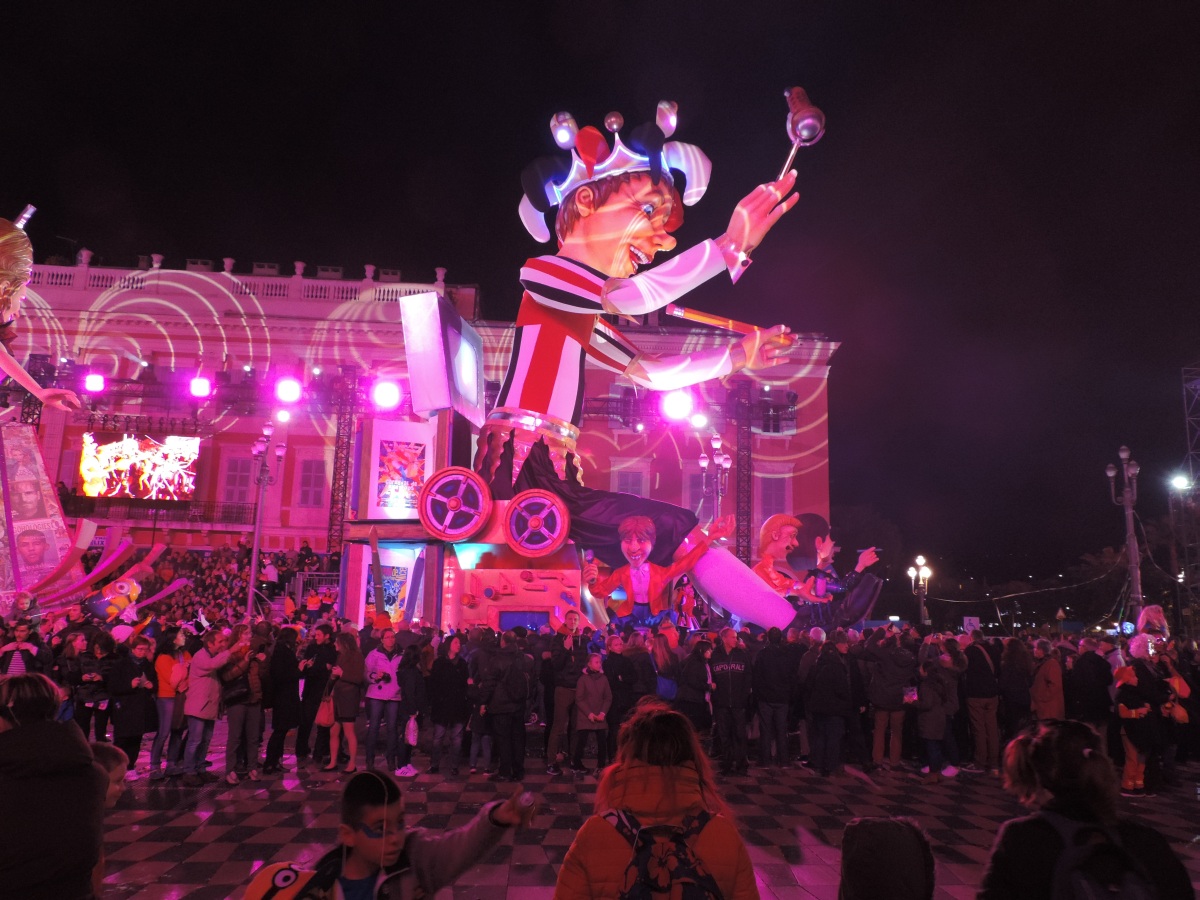 Thrown into the French Revolution and the First Napoleonic Empire, Carnival festivities in France then ground to a halt. But by 1830, the first cortège or procession was carried out in in honor of King Charles-Felix and Queen Marie-Christine, the then rulers of Piedmont-Sardinia. Around thirty carriages paraded in front of the rulers, heralding the new way of celebrating the Carnival. Until the year 1872, the Carnival was always held on the streets of Nice. Revelers wore masks and/or disguises and flung confetti, flour and eggs at each other and/or the crowd. 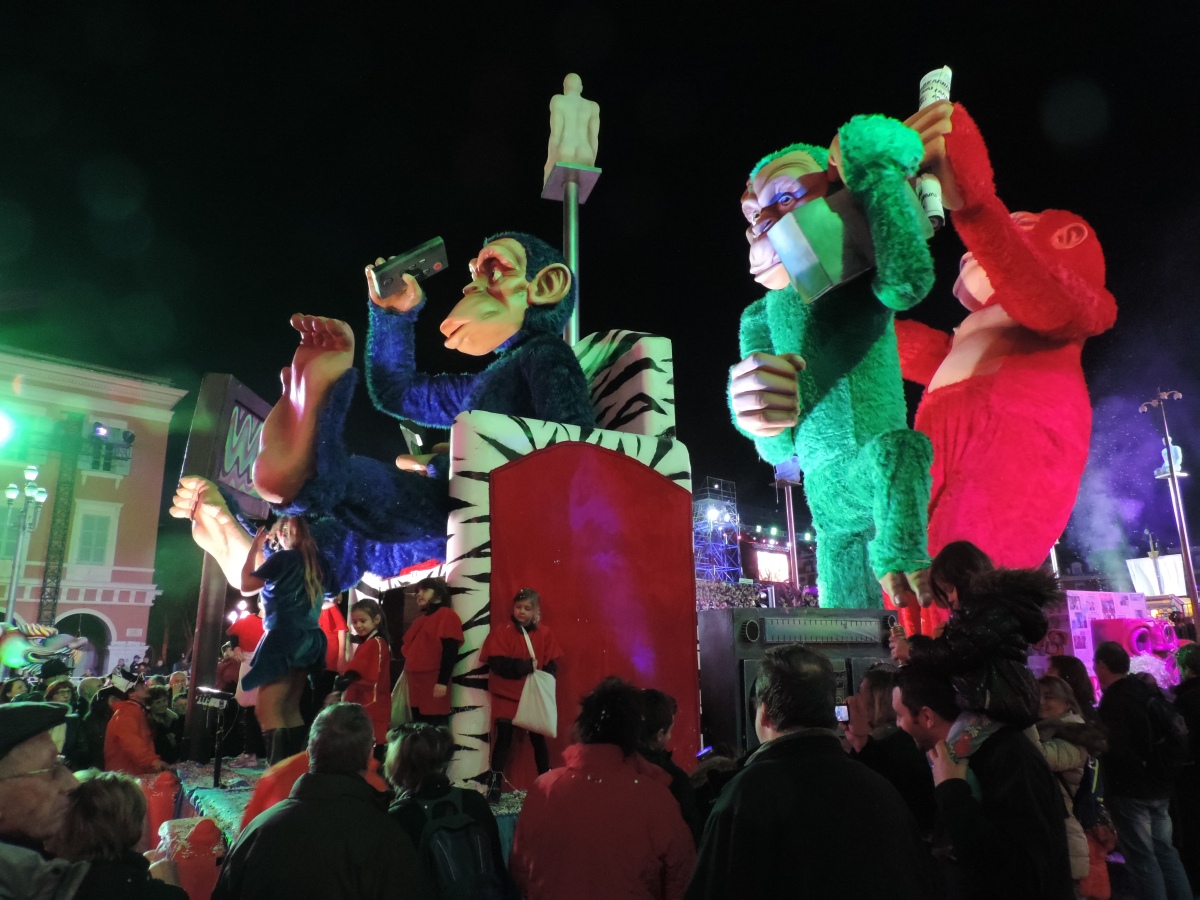 The following year however, His Majesty King Carnival I entered his city with much fanfare. This signaled the beginning of the new way of celebrating the Carnival. By 1871 Alexis Mossa and his son Gustav-Adolf added a new twist to the fanfare by introducing grotesque floats that paraded down the streets of Nice. Then on February 14, 1882, the modest straw and rag puppet dubbed His Majesty “Triboulet” was also introduced into the parade. Triboulet would then be a focal point of the “Royal Float”. This signaled the introduction of cartoonists and artistic works of sculptors. Each Carnival was then themed. More enhancements were added including the introduction of plastazote as part of the new technology. 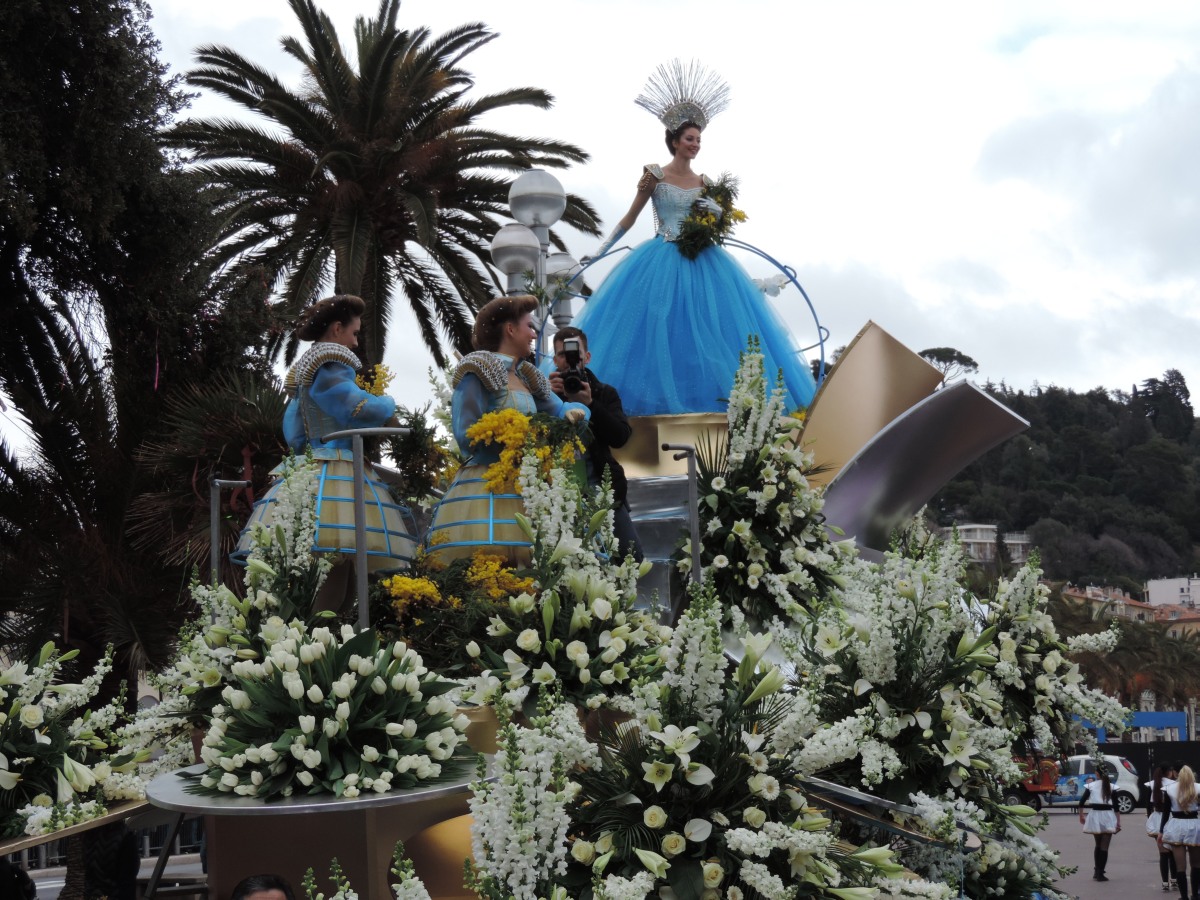 Today the Carnival runs for 15 days and includes only stunningly decorated massive floats and grotesque cartoons that parade down the streets every day. Over 1,000 musicians and dancers from all over the world lead these processions. There is also a “flower battle” where beautifully dressed ladies throw away thousands of equally beautiful flowers to the cheering crowd. Most of these flowers are locally grown and are a real sight to behold. Dubbed as the main winter event on the Riviera, it is one of the largest carnivals in the world, providing unforgettable entertainment like no other. This year the Nice Carnival runs from the 13th to the 28th of February with a host of entertainment activities on offer.
The carnival processions, comprising of 18 massive and brightly colored floats, work their way up and down the street to a crescendo of loud music on the Place Masséna. Not only is it the best entertainment in town, it is also one of the longest, running for at least two weeks or a total of 15 days. Each day is filled with awe and wonder. This is the time when Carnival “King of Media” ensures everyone enjoys and he gets to show off that he has more than one string to his bow. 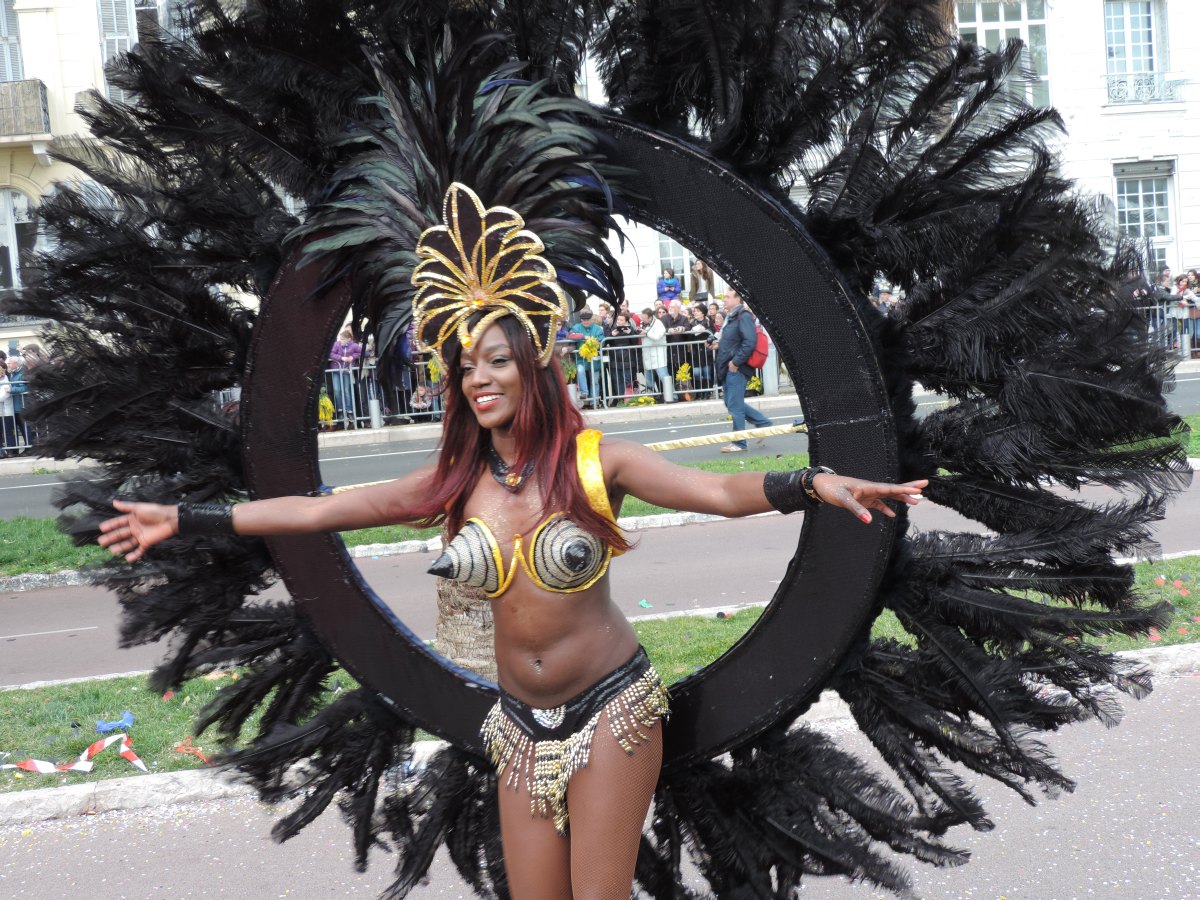 “Le Carnival Parade” is made up of eighteen floats designed to reflect the year’s theme and other figurines, including 30 made of traditional papier maché. These colorful and vibrant floats are accompanied by street performers and music groups from all over the world. And then as evening dawns upon the city, all the floats are illumined and the evening parades light up the heart of Nice amidst happy faces and cheering crowds. The massive heads are created by Carnavaliers or deft craftsmen in massive workshops called the “Maison du Carnaval”. Preparations can take up to several months. 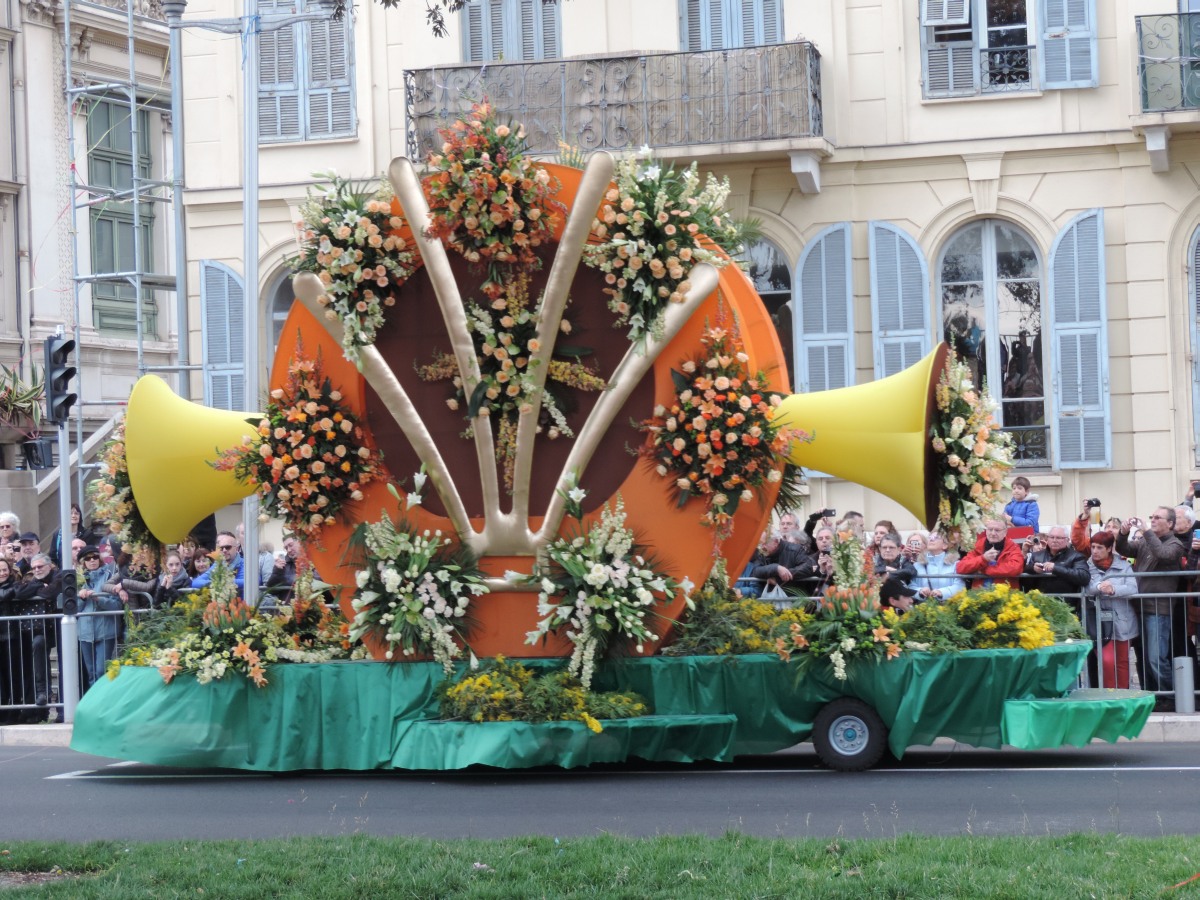 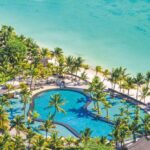 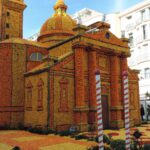