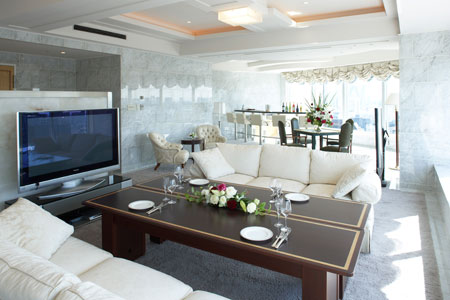 The Prince Park Tower Tokyo is enviably located in the middle of a sprawling park, Shiba Park, surrounded by Tokyo’s skyscrapers. It is close to many notable attractions including the ubiquitous Japanese landmark – Tokyo Tower, a mere three minutes walk. Overlooking the park, guests at The Prince Park Tower Tokyo are guaranteed sweeping views of the city’s skyscrapers and green surroundings – a perfect combination for a seamless stay.

The Zojoji Temple, a Tokugawa dynastical temple, is also a stone’s throw away. Providing glimpses to that era, the Temple is well worth a visit. Seven minutes away are the Roppongi Hills known for their posh neighborhood and is a commercial area. The area is also known for an art museum, cinema, viewing deck and a public park. The observation deck on the 52nd floor of Mori Tower in Roppongi Hills offers a 360-degree view of Tokyo and the surrounding sights. For those fond of Japanese gardens, the Hama Rikyu from the Edo period is worth a visit. The garden is also minutes away from The Prince Park Tower Tokyo. 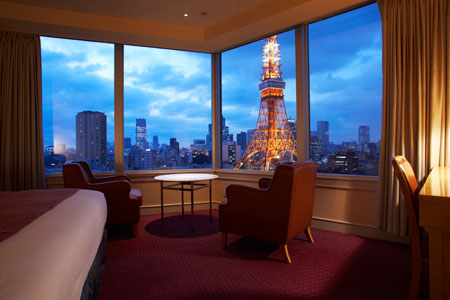 The Shiba Daijingu Shrine, one of the oldest shrines in Tokyo dating to the mid-Heian period, is also nearby. It is only a seven-minute walk from The Prince Park Tower Tokyo. Worth paying a visit is the World Trade Center Building next to the Hamamatsucho Station. The World Trade Center also has an observation deck on the 40th floor offering 360-degree views of city skyline. If you’re lucky you can also see Mt. Fuji, the Tanzawa mountain range, and Mt. Tsukuba, and the Boso Peninsula if it’s not raining or cloudy. Come just before sunset so you can see the city during the day and also at night. The World Trade Center is also a few minutes away from The Prince Park Tower Tokyo via the shuttle bus.
Shopaholics will be delighted to know that the Azabu-juban Shopping District is also within reach. Known for its annual Azabu-juban Summer Festival during the month of August, the Azabu-juban Shopping District transforms into an international fair arranged by at least 30 various countries. An assault on the senses, the festival is definitely a must-see. Azabu-juban is also within minutes of The Prince Park Tower Tokyo. Akihabara, a sprawling complex selling electronic gadgets is also nearby. It is known for bargain prices with over 500 shops to choose from.
For those seeking to get culturally connected, the Asakusa is the perfect place to visit. As if time stood still in Asakusa, people’s former way of life during the Edo period is still evident today. Passing by Asakusa halts every passerby, awestruck by the simplicity of life here. It is a good escape from the frenetic way of city life. Asakusa also comes to life with popular festivals – Sanja Festival (the Asakusa Shrine’s annual festival held in mid-May), Houzukiichi (ground cherry market), and the Asakusa Samba Carnival, and the Tokyo Jidai Matsuri Festival. Any of these festivals is a must-see for a culturally connected adventure. 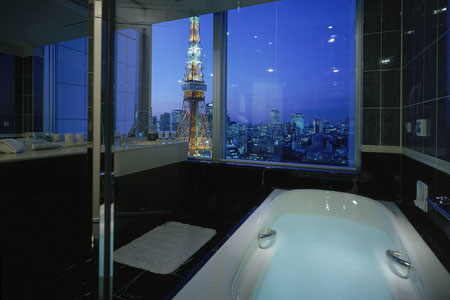 Rooms at The Prince Park Tower Tokyo are quite spacious by Tokyo or Japanese standards. Guests are often surprised by the size of the rooms. Service at the hotel is stellar as can be expected from a business hotel. They are fully equipped with all the amenities including Wi-Fi to ensure guests stay connected. Although rated a 5-star and a luxurious hotel, guests will also be shocked to find that they need to pay separately if they want to use the gym and spa facilities. Breakfast may be a bit over the top and/or costly too.

The yen is the preferred currency in most stores and insisting on using dollars might prove challenging. It is best to convert dollars into yen before going to the hotel or entering Japan for that matter. Having currencies changed at a city bank or at the airport rather than waiting to get to the hotel will ensure the best rate. Conversion rate might a bit lower at The Prince Park Tower Tokyo or any other hotel. Although credit cards are normally accepted, Mastercard usually does not work. Cash is the best option. Learning some Japanese terms would not only impress the locals but also help a lot in getting around or even getting to The Prince Park Tower Tokyo, the hotel within a park. 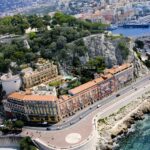 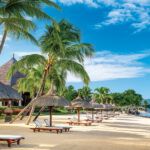