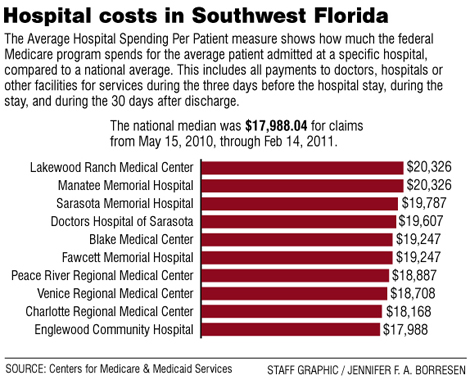 According to heraldtribune.com the most expensive place in the country to be a Medicare patient was at a Texas facility, Allegiance Hospital of Midland-Permian Basin, at $30,939 per case.

The measure ranks Medicare spending per patient at a specific hospital, including payments to doctors, and other services three days before the hospital stay and 30 days after. It compares that spending to the median spent nationally, for a rating called the “Efficiency Index.”

Southwest Florida’s numbers are nowhere near the priciest in the country — or even in Florida. Most area hospitals came in slightly above the state average of $19,046 in spending per patient. Lakewood Ranch Medical Center and Manatee Memorial Hospital, both part of Universal Health Services Inc., had the highest costs in the region, while Englewood Community Hospital had the least expensive, nearly matching the national average of $17,884. 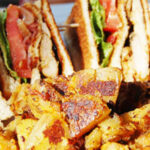 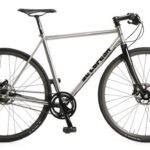