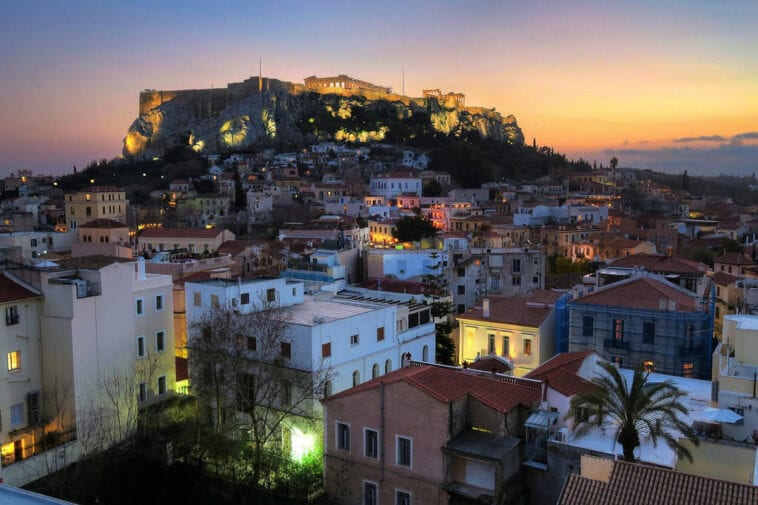 Athens, the capital of Greece, the cradle of Western civilization. The mere mention of Athens conjures up images of Olympians, Mt Olympus, gods and goddesses, temples and monuments, wars and terror as well as peace, love, and harmony. As you must have already guessed, Athens has steeped in rich and fascinating history that it’s so difficult to know where to even begin. But here are our top 5 things to do in Athens to give you a head start.

Visit the Acropolis
Standing majestic over an imposing flat-topped rock, is the hard-to-miss Acropolis, the ancient city of Athens. Soaring high in all its splendor, the Acropolis embodies the art of perfection. The Acropolis houses a number of ancient monuments and ruins that are truly worth exploring and investigating. Sights include the ubiquitous Parthenon, the Temple of Athena Nike and the Theater of Dionysus all dating back to before 300 BC. A ubiquitous landmark known in the world over, Parthenon is an iconic symbol of Classical Greece. It is a versatile temple that served different purposes throughout its history. It once was a treasury and then served as a Christian church, believe it or not. Today it’s one of the most visited sights in Athens as it forms part of the Acropolis.

The Acropolis is truly an emblem of Greece’s glorious past. If you go, try to visit early in the morning to beat the crowd and avoid the scorching heat of the sun. Or go late in the afternoon but just before the sunset.

Explore Plaka
After exploring the majestic Acropolis, visit the charming and historical neighborhood of Plaka, found just beneath the Acropolis. Plaka is the oldest and maze-like neighborhood in the city and will surely provide a glimpse of what life was like in the old days. The neighborhood is dotted with ancient Greek and Roman ruins including 19th century houses and buildings as well as a host of Byzantine churches. Plus there is a plethora of souvenir shops, cafés, and restaurants where you can enjoy a cup of steaming hot coffee or freezing cold coffee (depends on the when you go) while you watch the scenery around you unfold. The place can be inundated with tourists during summer, though. Plaka is also a mecca for Greek gold shoppers.

Check out Ancient Agora
Reminiscent of the majles (gathering place) in the Middle East, the agoras of the ancient Greek cities were open places where people gather for various reasons, be it military, political or commercial ones. The Ancient Agora of Athens is a favorite among travelers owing to its historic significance. Socrates used to give his lectures in this agora. Christian adherents know that this is also where Saint Paul looked for converts in Athens during his visit. Open daily from 8am to 8pm, there is a minimal fee to enter the agora.

While most agoras are used as a gathering place, some agoras served as marketplaces or shopping malls in today’s modern world. The agora or Central Market on Athinas Street is one of these and is a must-visit if you want to know what it felt like in the ancient days. Whether it’s early in the morning or the middle of the day, the marketplace is all abuzz with locals selling various merchandise. Good food at the affordable price also abounds in the restaurants in the market so that’s another excuse for a visit. Be wary, though. Watch your valuables at all times when mingling with the crowd.

Enjoy The National Garden
After getting lost in the maze-like Plaka or marveling at the soaring monuments in the Acropolis and pushing your way in and out of swarms of tourists, you might want to have some me-time and/or a break from the crowd. The National Garden is the best place to be. It is where even locals themselves retreat to for a respite from the melee of the city. Located right in the middle of Athens, The National Garden is one veritable oasis featuring 500 species of trees and other plants. Here some of the locals gossip or discuss politics. It is also where some police officers catch a much-needed short break from the daily grind. Joggers and runners also frequent the park. However during the evening, the once relaxing place turns into a rendezvous for prostitutes and gays until the wee hours of the morning. 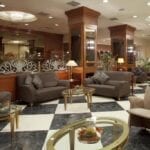 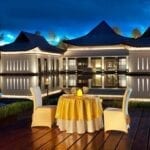